A Vindication of Aleksandr Solzhenitsyn—From an Unexpected Source 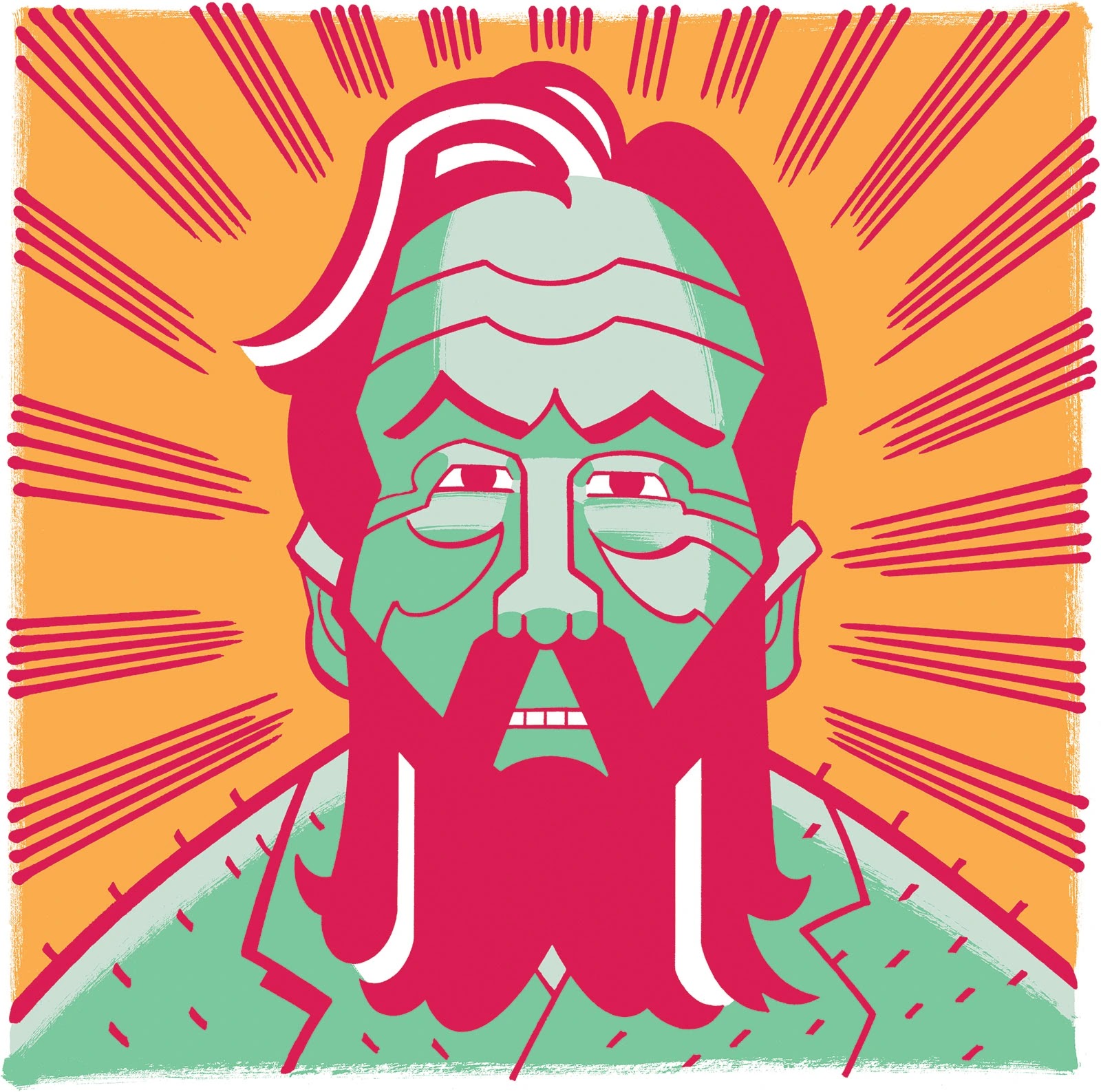 At a time when everything Russian is being canceled—from the Bolshoi to vodka to the music of Tchaikovsky, who died in 1893—the May 12 issue of The New York Review of Books provides a welcome respite to indiscriminate and anachronistic Russophobia.  Gary Saul Morson, a professor of Slavic literature at Northwestern University, reviews two new translations from among Aleksandr Solzhenitsyn’s many published works: March 1917: The Red Wheel, and Between Two Millstones: Exile in America, 1978-1994, both bravely published by the University of Notre Dame.

Morson’s ultimate point is that Solzhenitsyn was simultaneously political and anti-political.  The Russian author (1918-2008), was honored with the Nobel Prize in 1970 “for the ethical force with which he has pursued the indispensable traditions of Russian literature.”  And yet his most famous volume is non-fiction, The Gulag Archipelago, published in English in 1974.  That was the title that rocked the world of this American Baby Boomer, who had previously been schooled mostly in liberal-left dogma about the moral equivalence of the United States and the Soviet Union—except, of course, when “Amerika” was said to be worse.

So sure, when necessary, Solzhenitsyn, himself a survivor of the Gulag—as a decorated Red Army officer fighting the Nazis, he was arrested in 1945 and imprisoned for eight years for the offense of cryptically critical comments about Stalin—could be political.  If, that is, by “political” we mean standing up for human dignity.

At the same time, Morson emphasizes that Solzhenitsyn was firstly a spiritual man who wrote, “Political activity is by no means the principal mode of human life . . . The more energetic the political activity in a country, the greater is the loss to spiritual life.  Politics must not swallow up all of a people’s spiritual and creative energies.  Beyond upholding its rights, mankind must defend its soul.”

Yet in recent decades Solzhenitsyn’s reputation has been besmirched by accusations of anti-Semitism and also, in strange posthumous way, by his identity as a Russian Orthodox Christian, which has put him, in the minds of some, in the same pot with the odious (and hypocritically sacrilegious) Vladimir Putin.  Both accusations, according to Morson, are unfair.  He writes of the first, “The charge of anti-Semitism particularly offended Solzhenitsyn, who, as some critics conceded, defended Jewish dissidents and the right of Jews to emigrate in order to avoid religious and other persecution in the USSR.”

Solzhenitsyn was also political insofar as he was an ardent anti-Communist.  Notably, he lamented the failure of meliorative monarchism to stave off the red tide.  In Solzhenitsyn’s telling, the event that canted Russia to perdition came in 1911, when Pytor Stolypin, the reformist prime minister of Tsar Nicholas II, was assassinated.  And the assassin happened to be Jewish.  As Solzhenitsyn argued, in the absence of reform from above, the Bolsheviks—led by the gentile Lenin—could plot revolution from below.  In Solzhenitsyn’s words, “Russia and Communism had the same relationship as a sick man and his disease.”

And Morson makes clear that the other charge—that Solzhenitsyn shares psychic space with the murderous nationalism of Putin and his bearded Russian Orthodox “Rasputin,” Aleksandr Dugin—is equally absurd.  In fact, Solzhenitsyn was the opposite of a nationalist: “Nationalism, as we usually envisage it, appalled him.”

Morson adds that three decades ago, Solzhenitsyn urged Russians not to object to the breakup of the Soviet Union.  In particular, he was happy to see the non-Slavic parts of the fallen evil empire go their own way.   And while he might have wished that the Slavic lands of Belarus and Ukraine would have remained with Russia, he thought it was their right to declare independence. Writes Morson: “Foreseeing the conflicts likely to arise eventually if Ukraine, with its large Russian-speaking population and its close cultural ties to Russia, chose to secede, Solzhenitsyn, who considered himself both Russian and Ukrainian, hoped to preclude the devastating conflict we see today.”

Morson dwells upon the self-descriptively apt title of one of Solzhenitsyn’s books, Between Two Millstones; the two millstones being communism and liberalism.  So Solzhenitsyn, being more mystical than political, resembles another Russian writer, Leo Tolstoy (1828-1910).  In his time, Tolstoy—best known for his novel War and Peace, with he himself being a pacifist—was equally hard to peg into familiar categories.

Today, it’s heartening to see such nuance—Solzhenitsyn being shown as an exemplar of a distinct strain of Russian thinking and creating, far apart from Russo-Bolshevik barbarism—in the pages of The New York Review of Books.  The tome-y publication, founded in 1963, is certainly on the left, and yet it’s not in the least woke: the same May 12 issue includes admiring reviews of books on the sculptor Bernini, the painter David, and art audiences in 19th century France.

So by that reckoning, perhaps @nybooks is finding itself sliding to the right.  After all, by regarding the canon as something worth remembering, it is defending the canon—and thus the defender is on the other side of the barricade from the attacking zero-year iconoclasts.  So make room, cultural conservatives; some new recruits are heading our way, however reluctantly.

Interestingly, in his historical novel March 1917, Solzhenitsyn is unsparing in his critique of proto-woke public officials, namely the liberal Russians who took office after Tsar Nicholas II abdicated.  These weak men could not bring themselves to defend their office, their country, or their civilization against marauders—first, common criminals, and soon, the Bolsheviks.  Hence the historical figure Prince Lvov, who served for a few months as the first prime minister of post-tsarist Russia, says to his colleagues, “Why does a free state need police at all?”  Such naiveté has a short life expectancy.

Morson doesn’t mention it, but such mush-headed liberalism echoes that of the Hungarian Mihály Károlyi, who misruled Hungary at around the same time.  Like Lvov, Károlyi drew the wrong lesson from World War One, namely that nothing was worth defending.  And so Károlyi abolished the army, leaving his country to be overrun by foreigners; moreover, Károlyi’s weakness made it possible for the communist Béla Kun to seize power in Budapest for a brief but bloody epoch of red terror.

So we can see: In both instances, Russia and Hungary, easy-on-evil libertarianism allowed the absolute worst forces to triumph.  And that’s certainly a warning message that Americans need to hear.

Solzhenitsyn’s faith gave him a keen apprehension of wickedness.  “Evil refuses to know the truth,” says one of his characters. “Evil people usually know better than anybody else just what they are doing.  And go on doing it.”  No society-is-to-blame relativism here.

Still, Solzhenitsyn sought more than just outward good behavior, important as that was.  He wanted a deeper inward search for the good.    Morson closes by quoting Solzhenitsyn’s warning against the siren call of secular utopianism: “How could you remake the world if you couldn’t figure out your own soul?”

Such wisdom is timeless.  And so we can hope, and maybe pray, that Solzhenitsyn’s voice will be heard in Russia, long after Putinism is consigned to the ash heap of history.  And come to think of it, there are a few world-girdling systems in the West that could benefit from the same graced humility.