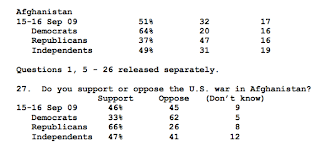 Lessons in partisanship. According to a new Fox News poll, released today, Democrats approve of the job that Barack Obama is doing in Afghanistan by a 64:20 margin. But they oppose the Afghanistan war--the war in which Obama is the commander-in-chief--by a 62:33 margin. In other words, while only 33 percent support the war, 64 percent support Obama. That's the difference that partisanship makes. Thirty one percent of democrats (64-33) support Obama as he does something, even if they don't support the thing itself.
Posted by James P. Pinkerton at Tuesday, September 22, 2009 No comments: 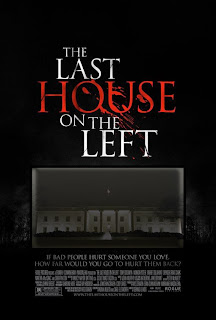 Posted by James P. Pinkerton at Saturday, September 12, 2009 No comments: