Forty-seven years ago in Dallas... 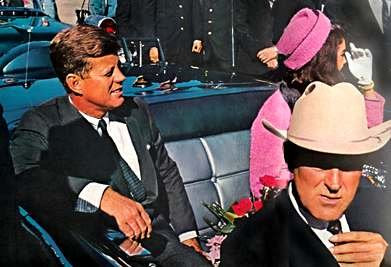 Posted by James P. Pinkerton at Monday, November 22, 2010 No comments: 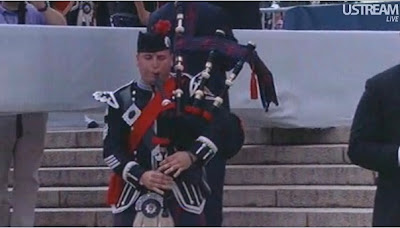 Posted by James P. Pinkerton at Saturday, August 28, 2010 No comments: 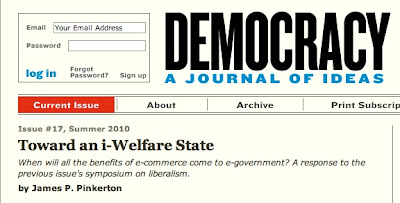 My article in Democracy magazine, reacting to essays by nine progressives, has been published in Democracy's June issue.
Posted by James P. Pinkerton at Sunday, June 20, 2010 No comments: 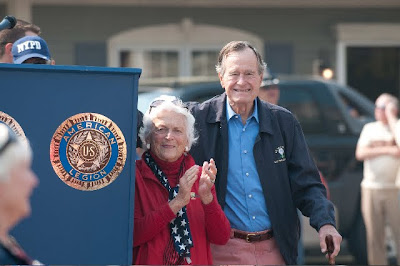 He that outlives this day, and comes safe home,
Will stand a tip-toe when this day is nam'd,
And rouse him at the name of Crispian.
He that shall live this day, and see old age,
Will yearly on the vigil feast his neighbours,
And say 'To-morrow is Saint Crispian.'
Then will he strip his sleeve and show his scars,
And say 'These wounds I had on Crispian's day.'
Old men forget; yet all shall be forgot,
But he'll remember, with advantages,
What feats he did that day.  -- Shakespeare's Henry V. 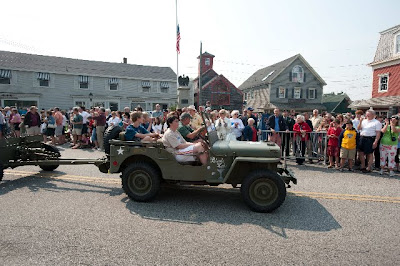 Thanks to Mary Kate Cary and Jean Becker.
Posted by James P. Pinkerton at Thursday, June 03, 2010 No comments:

Steve Clemons posted my long article, Gaming Our Way Out of the Crisis, on his blog, TheWashington Note.com.

Perhaps the most interesting, of an interesting set of comments, came from Paul Wilkinson, who observed:

If a fraction of the time and effort spent analyzing baseball statistics for fantasy baseball leagues had been spent analyzing potential mortgage backed securities flows of funds in the late 90s, the bubble wouldn't have grown nearly as big. Alas, baseball statistics were much more easily available than mortgage securities statistics. Like Oakland A's manager Billy Beane, regulation could be much better informed by Bill James than by the pre-Moneyball traditions of the game. When metrics are open and transparent, you have a national pastime like baseball. When they're inaccessible and incomparable, you have an international disaster like the RMBS crisis.
Posted by James P. Pinkerton at Friday, May 21, 2010 1 comment: 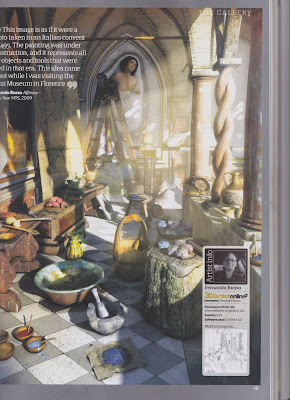 And you are there, in the 15th century.

I scanned this in from the magazine 3D art & design; the artist is Fernando Russo, and a link is provided to an Italian website, but I couldn't find it. So I scanned it, pg. 15.

The point here is that if a single artist, however talented, can produce a realistic-looking image--using, he says, Cinema 4D software--of what life was like for an artist more than five centuries ago, then just about everything is possible, visually. Something to think about.
Posted by James P. Pinkerton at Thursday, April 15, 2010 No comments:

I published this on Foxnews.com on April 7, 2009, and it seems apt once again:

President Obama can overspend, overtax, over-regulate, and over-cap-and-trade, and yet America will undoubtedly survive. We might be worse off--probably will be worse off--but our Republic will endure.

But if Obama--or any other president--mishandles national security badly enough, well, that could be the end of our country.

Which brings me to my point: Obama is dangerously dead wrong on the issue of nuclear weapons, specifically, his goal of, “a world without nuclear weapons.” As he said in Prague on Sunday, Obama wants to see the US abolish its nuclear weapons--also known as our nuclear deterrent--while all the other countries do the same. This goal of Obama’s is worse than foolish, it is reckless.

Obama can dream of a world without nuclear weapons, but it is not a good idea in the real world.

In a world without nuclear weapons, how would we defend ourselves against conventional weapons? America needed 16 million men and women in uniform--more than a tenth of the total population--to win World War Two, before we figured out how to end the war with Japan quickly, thanks to the atom bomb. Today, China has 1.3 billion people and a swelling military, and the Obama administration wants to cut our conventional war-fighting capability, by eliminating “costly” weapons systems. Yes, defense is costly--but defeat is more costly. And now he talks about eliminating nuclear weapons. Yet without the best conventional weapons, and without nukes, what would we use to stop a potential Chinese attack? Counter-insurgency tactics? A surge? Please.

More to the point, there is no evidence--none whatsoever--that other countries would abide by such a treaty. To put it bluntly, even if they signed Obama’s no-nukes deal, they would cheat, or else develop some new category of weapon-of-mass-destruction not covered by the treaty. And for good reason: How else could tiny Israel defend itself against Arabs and Iranians over the long run? How else could Pakistan survive against India, with seven times the population? A hundred other countries would find themselves in similarly perilous situations, now and at any time in the future. Who are they going to call for help? President Obama? No, they will call upon themselves, and their own resourcefulness.

That’s cold realism, the hard-earned wisdom of international politics in a dangerous world. But for his part, Obama will have none of that. Speaking in Prague, a city liberated from communism two decades ago, the President said, “We are here today because enough people ignored the voices who told them that the world could not change.”

So, you see, the people, united, will never be defeated. A relatively decent Soviet leader, Mikhail Gorbachev, didn’t have the stomach to massacre the Czechs as they peacefully demanded their freedom, back in 1989--so that’s now the template for the future.

Well, other leaders, still alive today--from Zimbabwe to Syria to China--would not hesitate to machine-gun peaceful protestors, and then machine-gun the protestors’ families, too, just to be on the safe side. And as one robin does not make a spring, one decaying totalitarian regime does not indicate that all totalitarians have given up their desire for control. To such dictators nuclear weapons are simply one more useful tool for control.

But if Obama has his politics wrong, he also has his history wrong. He began his anti-nuclear argument in Prague by asserting, “The existence of thousands of nuclear weapons is the most dangerous legacy of the Cold War.” The planted assumption there, of course, is that since the Cold War has gone away, then nuclear weapons, too, can go away. As Obama put it, “Today, the Cold War has disappeared but thousands of those weapons have not.” But of course, the development of nuclear weapons preceded the Cold War. Even before World War Two, Nazi Germany had an active nuclear program, which continued almost to the end of the fighting in 1945. And plenty of countries that played little or no part in the Cold War have sought, and found--or will find--nuclear weapons. Why? Because they have their own conflicts to worry about. And they always will.

Obama attempted to address such criticism:

Some argue that the spread of these weapons cannot be stopped, cannot be checked -– that we are destined to live in a world where more nations and more people possess the ultimate tools of destruction. Such fatalism is a deadly adversary, for if we believe that the spread of nuclear weapons is inevitable, then in some way we are admitting to ourselves that the use of nuclear weapons is inevitable.

Well, yes, that about sums it up. The use of nuclear weapons, somewhere, is inevitable, because every weapon eventually gets used. Why? Pick your explanation: This is the real world. Man is fallen. Murphy’s Law. You-know-what happens. That’s not fatalism, that’s realism.

The task of the statesman is to look seriously at the real world and figure out what is possible. With his hand on the tiller, the helmsman of a ship of state can dream of a world without storms, or icebergs, or rocky shores, or enemy ships--but he would be foolish to do so. And so he charts a safe course, mindful of all dangers.

And in such a dangerous environment, cheerlines will not suffice. And yet cheerlines are exactly what we got from Obama. Here are more words from the President’s speech, including the White House’s chronicling of the crowd reaction:

Just as we stood for freedom in the 20th century, we must stand together for the right of people everywhere to live free from fear in the 21st century. (Applause.)

Yes, we must always be for what’s right and good. (Applause.)

So today, I state clearly and with conviction America's commitment to seek the peace and security of a world without nuclear weapons. (Applause.)

But now we, too, must ignore the voices who tell us that the world cannot change. We have to insist, "Yes, we can." (Applause.)

Got that? Yes, we can. A political slogan, used to win an election in a peaceful, stable democracy is now supposed to become operative policy for a dangerous world that has no desire to disarm.

Obama laid out steps to be taken, starting with the need “to put an end to Cold War thinking.” That was a revealing choice of words, demonstrating that his policy is premised on high-minded sentiments--which he wants to get credit for--as opposed to realistic assessment. Then Obama promised to negotiate a new Strategic Arms Reduction Treaty with the Russians this year. Well, excuse me, but is there any evidence that the Russians are interested in helping us in the least little bit? They are helping the Iranians build their nuclear weapons program, and they just joined with the Chinese to block a United Nations Security Council resolution condemning the recent North Korean missile launch.

What America needs, of course, is defense against nuclear weapons, in addition to nuclear deterrent. Nuclear weapons are dangerous if they can be delivered to one’s own soil, by missile attack or by terrorist stealth. Such dangers are a great argument for missile defense, and for increased homeland security and counter-terrorism measures.

Unfortunately, those were not the cheerlines heard in Prague. And so America will be put more at risk over the next four years, as President Obama, neglecting realistic defense, pursues a wrong-headed pipedream.
Posted by James P. Pinkerton at Tuesday, April 13, 2010 No comments:

It's a good thing history never repeats itself:

“Decades of deficit financing had given rise to massive crown indebtedness, which diverted capital from economically productive investment, and generated a whole series of fiscal distortions that were progressively crippling Castile’s capacity for economic revival. In the cities and countryside of Castile, as in the royal administration, an oligarchy of interlocking families had accumulated a power and an influence that were eroding little by little the crown’s authority and limiting its room for maneuver as a potential force for change.” -- p. 677

Elliott, J.H. The Count-Duke of Olivares: The Statesman in an Age of Decline (New Haven: Yale University Press 1986)
Posted by James P. Pinkerton at Saturday, January 16, 2010 No comments: